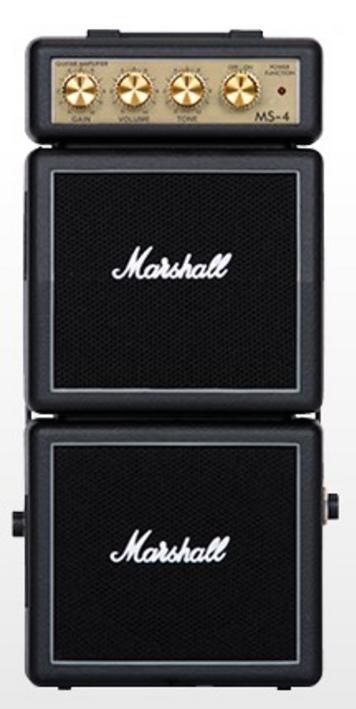 The MS-4TM is a 1W micro stack that is the ultimate in micro rock n’ roll. It has both gain and volume controls to deliver that extra distortion. It is battery powered and can plug into mains so it’s versatile enough to play on the move or practice in your bedroom.

On the go
The MS-4 can be taken and played anywhere you like with its belt clip.

Small and feisty
It packs a punch, despite its size. It includes a gain channel for that dirty distortion.

Double it up
You can play in many different environments as the ¼” headphone socket doubles up as a pre amp out.