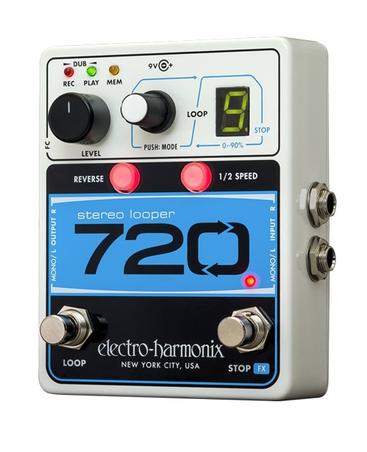 The EHX 720 Stereo Looper is a powerful looping tool with 12 minutes of stereo recording time, 10 loop memory banks, and creative performance functions. Its simple-to-use design makes it an easy and effective to use in both live and practice situations.

The 720 records in high-quality stereo for use with stereo effects or even use with two instruments. A second footswitch can be programmed to stop loop playback or toggle on/off the built-in Reverse and 1/2 Speed playback effects. The programmable Fadeout mode applys an automatic fade when playback is stopped.